The Concrete Elephants and Alligators of Abington

Abington in Northampton is a nice place to live.  No area is perfect of course and there is a modern-ish estate among all the Victorian terraces which is frankly a bit of a state.  You would not want to walk around there at night, unless you were armed with an alligator.

Maybe its because off this that there are concrete alligators scattered about – and if you look very hard, an elephant.  The local youths have of course taken the opportunity to spray paint them a bit and there used to be three elephants by the look of it, though only one remains now.  Overall, you can see what the planners were aiming for, though I’ve never seen any children playing on them – except for mine.

Stuck for something to do an hour before bathtime a couple of weeks ago I suggested a safari.  What’s a safari, they asked (I like to introduce new words where I can!!).  They could hardly believe their eyes when they saw the almost derelict 1980s concrete based reptiles.  And when I say they could not believe their eyes, I mean they were impressed!

We have been around all of them now about three times over the last fortnight – I am sure it won’t last, apart from anything else they might realise what a dodgy estate it is.  We had to abort one alligator today as my eagle eyes spotted the two dodgy geezers hanging around right next to it with a beer each (at 10.30am…) and a mean looking fighting dog with no lead.  Nice. 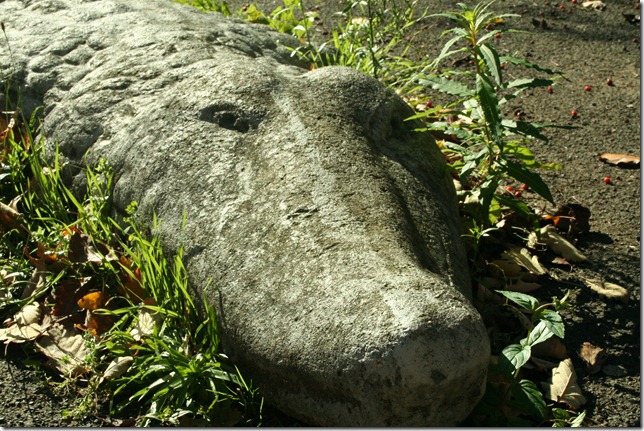 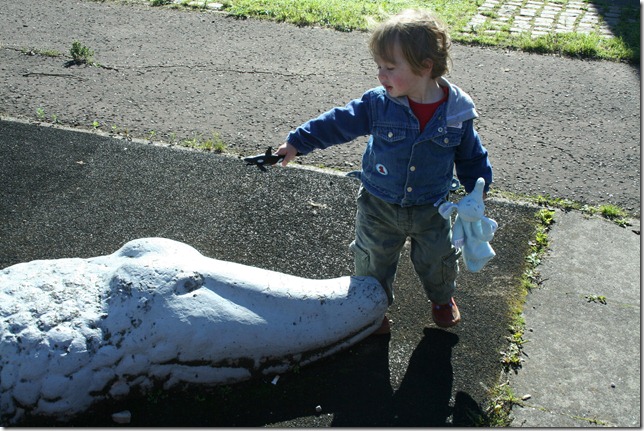 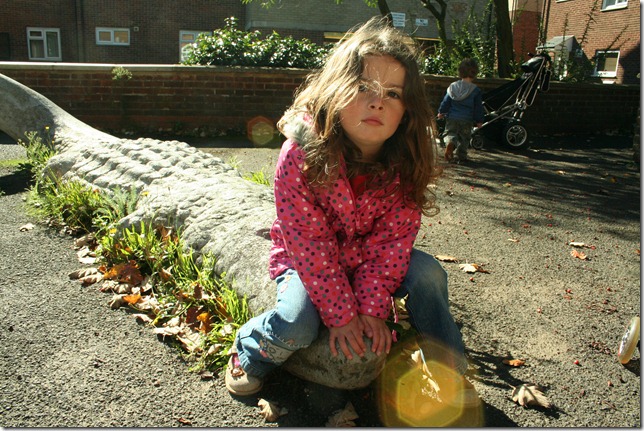 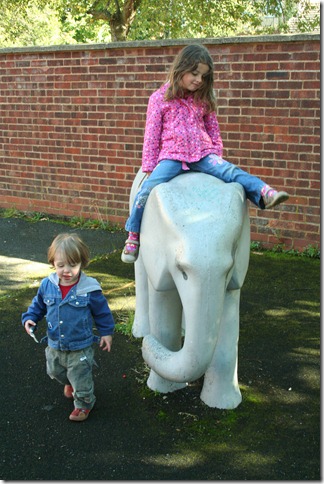 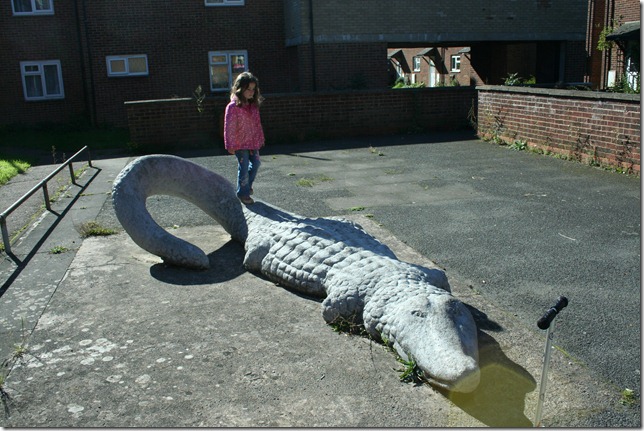 now present in your city