Everyone else is taking pictures of St Crispin's Asylum, Northampton, so why shouldn't I?

Harriet and I hit the road today to try to track down the Moosterious lion, part of the Pride of Northampton, a bizarre but enjoyable scheme to put colourful fibreglass lion statues all over Northampton.  They are all in well advertised locations, apart from the one that looks like a cow, Moosterious.  He keeps moving around and was in St Crispins.  Harriet is as obsessed with a cow/lion as any 4 year old (okay, probably more than average) but we were disappointed to find he had moved on.

Or "mooooooved" on as Heather put it.

Anyway, since we were by the old derelict St Crispin's Asylum and I had a camera and a zoom lens, I took the chance to take some photos.  I am well aware that this subject is well covered on the Internet already but you can never have too many pictures of crumbling clock towers. 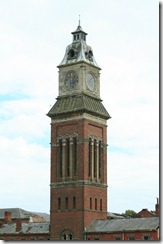 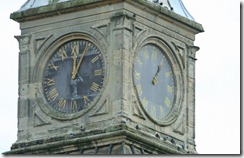 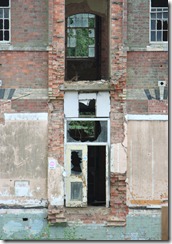 A door, oddly halfway up a wall 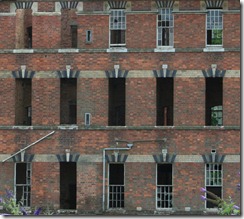 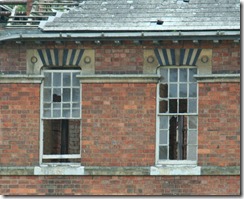 You can never have too many empty windows either.