I am a Web Octopus

We were watching a program called the Virtual Revolution on BBC1 tonight when it mentioned that on the BBC website we had the chance to do a few tests and find out what kind of we user we are and then be told what kind of web animal we were.  The test is at https://www.bbc.co.uk/virtualrevolution/

Of course Heather and I both had a laptop on top of our laps at this point and the programme became a victim of its own success as we both started doing the test and completely ignored the TV.

Anyway, I am apparently a Web Octopus and Heather is a Web Leopard.  The main difference appeared to be that I was better at multitasking.

I haven't looked at this on Wikipedia, but I am fairly sure that in the real world there are more fundamental differences between the leopard and the octopus than their degree of multitasking.

So thanks BBC for making my brain hurt at the end of a busy weekend with the kids by encouraging me to do a series of mind games!  To thank me they produced this very complimentary summary of my personality.  Incidentally, I think the reason I am described as "solitary" is I chose not to use options like Facebook and YouTube to answer a series of factual questions.  Would anyone?  I suppose they would, and only an Octopus like me would not understand this kind of behaviour. 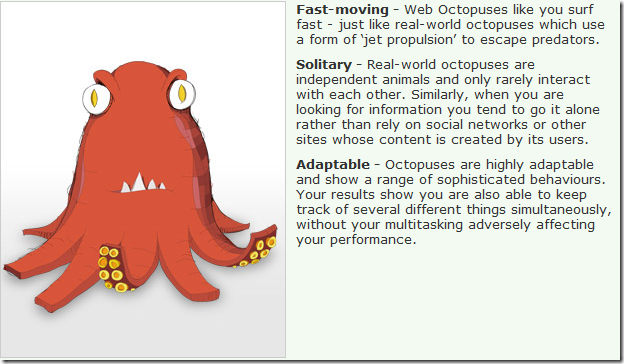 Thanks to everyone who helped us celebrate Toby's initiation into the Catholic church (I just do this to get a kick out of getting all my almost exclusively non-churchgoing friends in a church and singing All Things Bright And Beautiful - now I'm married and the kids are baptised this hobby might dry up though) at Northampton Cathedral last week, we had a great time and had lots of tasty food (not at the church you understand, I meant afterwards).  Thanks to Goals Northampton as well for being a very good place for a party afterwards too.

We still had lots of cake left afterwards and a bit of spare time last weekend (and Heather knocking the head off the icing Teddy on the cake) meant I had the chance to make an extremely pointless animation. 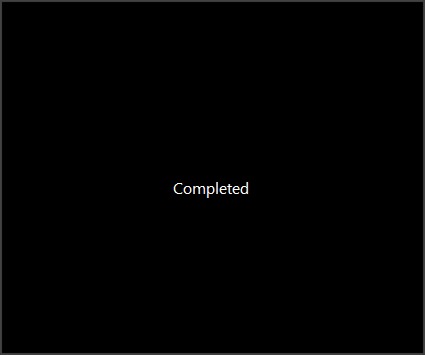